Several weeks ago a bombshell report by John Solomon and Alison Spann of The Hill revealed that an undercover FBI informant embedded deep within the Russian nuclear industry had uncovered evidence as early as the fall of 2009 of a massive plot by Russia to corner the American Uranium market. Evidence of the scheme was in the hands of the FBI an entire year before the Obama administration approved the sale of Uranium One to Russia’s state-owned Energy giant, Rosatom – which has since been exporting ‘yellowcake’ uranium to Canada, Europe and elsewhere via a Kentuky trucking firm. 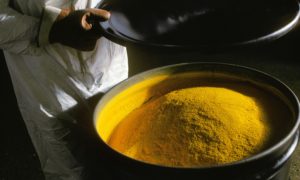 Based on what the FBI knew – including evidence which purportedly includes a video of Russians preparing briefcases of bribe money – the deal never should have gone through. Moreover, both Robert Mueller and current deputy Attorney General Rod Rosenstein were directly involved – and current Attorney General Jeff Sessions and other Justice Department officials appear to be covering for them.

Key among the troubling revelations from The Hill is the undercover informant’s claim that Obama’s FBI, headed at the time by director Robert Mueller, knew that “Russian nuclear officials had routed millions of dollars to the U.S. designed to benefit former President Bill Clinton’s charitable foundation during the time Secretary of State Hillary Clinton served on a government body that provided a favorable decision to Moscow” – a deal which would eventually grant the Kremlin control over 20 percent of America’s uranium supply, as detailed by author Peter Schweitzer’s book Clinton Cash and the New York Times in 2015.

The FBI mole also gathered extensive evidence that Moscow had compromised an American uranium trucking firm, Transport Logistics International (TLI) in violation of the Foreign Corrupt Practices Act – engaging in a scheme of bribes and kickbacks involving the company which would have transported the U.S. uranium sold to Russia in the ’20 percent’ deal.

“The Russians were compromising American contractors in the nuclear industry with kickbacks and extortion threats, all of which raised legitimate national security concerns. And none of that evidence got aired before the Obama administration made those decisions,” a person who worked on the case told The Hill, speaking on condition of anonymity for fear of retribution by U.S. or Russian officials.” –The Hill

In short, the FBI had ample evidence of the Russian plot before the Obama administration approved the Uranium One deal.

Sessions And The DOJ are running Interference 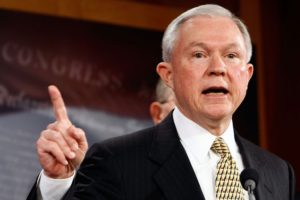 In a move which can only be interpreted as an effort to protect the FBI, the Obama administration and the Clintons, AG Jeff Sessions and several Justice Dept. officials have been casting doubt on the value of Campbell’s evidence, along with the need for a Special Counsel to investigate.

Via John Solomon of The Hill:

“both Attorney General Jeff Sessions in testimony last week and Deputy Attorney General Rod Rosenstein in a letter to the Senate last month tried to suggest there was no connection between Uranium One and the nuclear bribery case.Their argument was that the criminal charges weren’t filed until 2014, while the Committee of Foreign Investment in the United States (CFIUS) approval of the Uranium One sale occurred in October 2010.”

THIS IS A LIE – which has rubbed several Congressional republicans the wrong way:

“Attorney General Sessions seemed to say that the bribery, racketeering and money laundering offenses involving Tenex’s Vadim Mikerin occurred after the approval of the Uranium One deal by the Obama administration. But we know that the FBI’s confidential informant was actively compiling incriminating evidence as far back as 2009,” Rep. Ron DeSantis, (R-Fla.) told The Hill.

“It is hard to fathom how such a transaction could have been approved without the existence of the underlying corruption being disclosed. I hope AG Sessions gets briefed about the CI and gives the Uranium One case the scrutiny it deserves,” added DeSantis, whose House Oversight and Government Reform subcommittees is one of the investigating panels.

“The essential question is whether the Obama Justice Department provided notice of the criminal activity of certain officials before the CFIUS approval of the Uranium One deal and other government decisions that enabled the Russians to trade nuclear materials in the U.S,” Grassley scolded.” 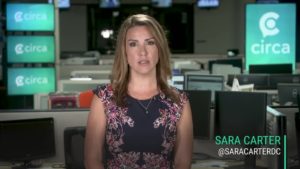 Meanwhile – John Solomon and journalist Sara Carter have copies of the FBI informant’s evidence, and Carter just annihilated the DOJ in an explosive report laying out the players, the timeline, and the evidence at hand.

“By the time the sale of Uranium One was approved by the Obama Administration, the FBI’s investigators had already gathered substantial evidence and the bureau was also aware of Russia’s intentions to enter the U.S. energy market and its desire to purchase a stake in American uranium,” Carter writes.

“The attached article is of interest as I believe it highlights the ongoing resolve in Russia to gradually and systematically acquire and control global energy resources,” said Fisk, who titled the subject line of the email ‘Russian uranium.’  The article attached to Fisk’s email, was a Reuters report in June, 2010, titled ‘Despite price falls, ARMZ confident of Uranium One shareholder approval. –Sara Carter

“This is not just about bribery and kickbacks but about a U.S. company that was transporting yellow-cake for the Russians with our approval,” an unnamed U.S. Intelligence official told Carter, adding “This should raise serious questions. At the time everyone was concerned about Russia’s ties to Iran, we still are. And of course, Russia’s intentions and reach into the U.S. energy market.”

And after all of that, Attorney General Jeff Sessions doesn’t think there is “enough basis” to appoint a second Special Counsel to investigate the Uranium One deal.

Moreover, Carter reports that “several Justice Department officials, who formerly commended Campbell, have spoken on background to other news agencies disparaging Campbell and his work at that time” – despite the FBI’s glowing review and $51,000 check.

“In a story by Michael Isikoff, published on Yahoo, a DOJ official involved in the case stated that Campbell was a “disaster” as a potential witness and that “there was no question that Campbell’s credibility was such that the prosecutors had to restructure the case,” the source said.“He got cut out of the case entirely.” It is important to note that Campbell was going through 35 intense radiation treatments after being diagnosed with cancer during his time with the FBI, according to hospital records.

After years of effective reporting and working in harms way, the cancer diagnosis and treatment had a profound effect on Campbell’s ability to interact with in the final stages prior to the indictments,  said Toensing.

She said her client is ready to present Congress with all he knows and called the stories a “smear job.”

“This is what the left do-provide false talking points to compromised reporters who are willing to regurgitate whatever they are fed,” said Toensing.”

Keep in mind – all it took for Rod Rosenstein to establish Mueller’s Special Counsel on Russian influence was a dubious Russian hacking report by a discredited DNC-linked security firm and a hearsay memo from former FBI director James Comey, stating that President Trump asked him to go easy on former National Security Advisor Mike Flynn.

If the DOJ continues to stonewall the Uranium One investigation and Campbell’s testimony is given the runaround, one has to wonder if any of the 5,000 documents – or even the Russian bribe video – will mysteriously appear in the public domain for the world to see.